If you hear the phrase cardiovascular disease, you probably immediately associate it with a heart attack. Heart attacks are one of the most critical forms of this condition, but you can also develop peripheral vascular disease. PVD comes about when the blood vessels outside of your heart become clogged by fat deposits. When this accumulation of fatty compounds is not addressed, your blood circulation in these peripheral blood vessels becomes compromised. Although PVD is not considered as life-threatening as a cardiac arrest, it is imperative that it is treated promptly, or it could lead to more severe vascular problems. Here is a brief outline of some of the things that you should know about peripheral vascular disease.

Is PVD a localised illness?

You may assume that if you have developed PVD that it is only affecting specific peripheral vessels. But the fact of the matter is that the onset of PVD is also indicative of clogs in other blood vessels in your body. When you are diagnosed with PVD, there is an increased likelihood of additional health problems such as atherosclerosis, which is a condition characterised by the accumulation of plaque in the arteries. Another downside of developing PVD is that most patients tend to become at an increased risk of developing heart disease and a higher vulnerability to strokes. Therefore, it is critical that you have PVD treated as soon as possible to avoid the condition from worsening with time.

One of the problems of peripheral vascular disease is the fact that you may have developed it but will not exhibit any visible symptoms that will alert you to this condition! The reason for this is that the typical symptoms associated with PVD tend to be remarkably similar to normal aches and pains that people develop as they age. So if you are already having problems with your joints or cramps in your legs, you could easily overlook them and not know they are signs of PVD. A major red flag of PVD, however, is claudication. This symptom is characterised by chronic leg pain whenever you physically exert yourself, for example by walking up a flight of stairs or engaging in running exercises. Nonetheless, it is advisable for adults to get routine health checkups as they become older as this makes it easier for your doctor to discern whether you are at risk of vascular disease and whether you need a referral to a vascular surgeon. 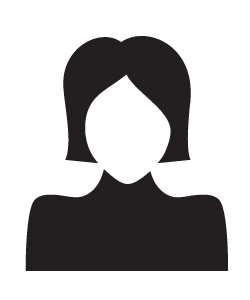 Howdy! My name is Jen and this is my new blog. While I am not a medical professional, I do have a good understanding of various medical conditions. I gained this understanding when my son Ben was in and out of the hospital. He was born with a weak heart which meant that he has had to have regular medical check-ups and appointments every few months. He is now 21 years old and he has just had surgery to repair his damaged heart. I decided to start this blog so I could offer advice on various health and medical topics.